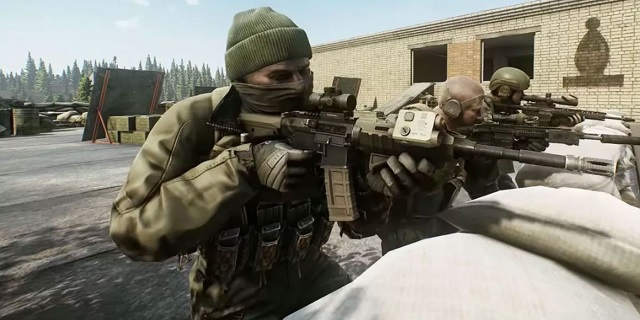 Battlestate Games planned to switch on server side high ping kicks in Escape From Tarkov. The limit will be 250 for a start and it will be lowered for compromise number during testing time. Let's take a look.

More precisely, players who exceed a ping of 250 ms should not be kicked off the server immediately. It takes a while before a player is removed from the game. With this test the devs want to counter ping abusers. The only problem is that it does not only affect unfair players, but also honest and loyal fans.

What's important is that a momentary rise above the maximum value will not kick us from the server. This will only happen when our ping stays above the limit for a few seconds. The change should increase the smoothness and comfort of online competition for most players. However, it may be problematic for people who want to play with friends from other continents.

On the official sub-reddit of Escape from Tarkov, players mostly seem to be satisfied with the developers' decisions. However, the reason is not only the desire to enjoy higher quality of gameplay. Many people hope that this will reduce the number of cheaters. Many of them seem to come from China. By introducing a ping limit, the residents of the country will have big problems with playing on American and European servers.

What is a Ping-Abuser & what advantages does it have?

A Ping-Abuser is a player who deliberately connects to distant servers to give his ping the extra spice. This spice is shown by the high distance to the server - and back again - in form of an extremely high ping.

Video evidence: Players who do this will gain an advantage because the servers will take longer to calculate their current location in the game. This gives the users of the exploit a small-time window in which they see the opponent earlier than he sees them. In a video, user Harrison Brooks shows what the abuse looks like.

Responses to the decision have been mixed thus far. Some have rejoiced that they'll no longer have to deal with as many lagging players in their games. Others, however, have lamented that they'll likely no longer be able to play with long distance friends, while those who have only been able to connect to servers far from home might not be able to play at all.