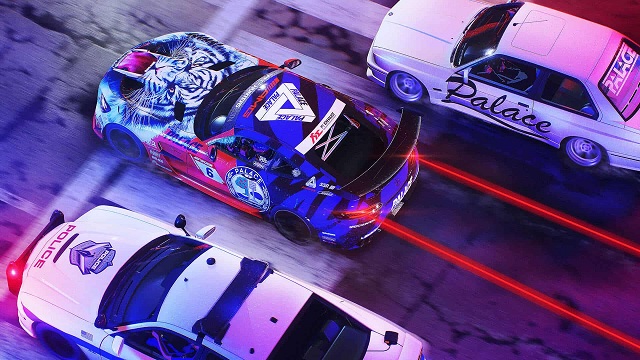 Need for Speed Unbound is the latest version of Need for Speed Series. Players can drive their cars and enjoy racing games in this game. While, there is a Heat system in Need for Speed Unbound. Players should pay attention to the Heat levels in order to escape the police cars when reaching high heat levels. Do you want to know the way to decrease the heat levels in the game? You can read this article and learn from the guidance. Players can get NFS Unbound Accounts to join in the competitive matches and unlock desired cars in the game.

What are Heat Levels in Need for Speed Unbound?

There are five levels of Heat in the Heat System of NFS Unbound.

Heat Level 1: The police will notice the player but will quit the chase sooner rather than later.

Heat Level 2: The police will look for the player but will not be determined.

Heat Level 3: The police will notice the player and will chase the player, and they will be difficult to get rid of.

Heat Level 4: The police will be relentless at this level, and each chase will involve multiple ground vehicles and a helicopter.

Heat Level 5: The police will be relentless, and each chase will involve multiple ground vehicles and two helicopters. If the player manages to escape, the police will still look for them. At this Heat level, it is almost impossible to evade the police.

How to Decrease Heat Levels in Need for Speed Unbound

Try to lose the police by driving through alleys, narrow streets, or areas with few police patrols.Use the “Evade” perk, which allows you to temporarily disappear from the police radar. This will give you time to cool down and escape their pursuit.

Try to escape the pursuit by driving through jumps, tunnels, or other obstacles that will make it difficult for the police to follow you. If you have a high heat level and are unable to escape the police, you may have to abandon your car and try to escape on foot. Remember to always drive safely and follow the rules of the road to avoid attracting unwanted attention from the police.

How to Escape the Police in Need for Speed Unbound

One of the best ways you can get away from the police, even on heat level five, is to cause chaos. By driving erratically and causing regular traffic to swerve and get in the way, you are able to cause the chasing cops to crash and potentially wreck. Even if you do not successfully wreck them, you can at least give yourself time to escape.

Another way to escape is via stealth, this isn't something you always think of when playing a driving game, but it works. By finding a hidey hole or dark area that the police haven't seen you enter, you are able to stay out of sight, you can even stop and turn the engine off. This actually reduces the time it takes to escape for added benefit.

Some players may try to increase the Heat levels when they play Need for Speed Unbound, which will make them excited in the process of driving. While, in order to keep your money safe, you have to know how to decrease them quickly. Just follow the way mentioned in this article, you can escape the police fast. Players can Buy Need for Speed Unbound Accounts to play excited racing matches with your favorite cards in the game.