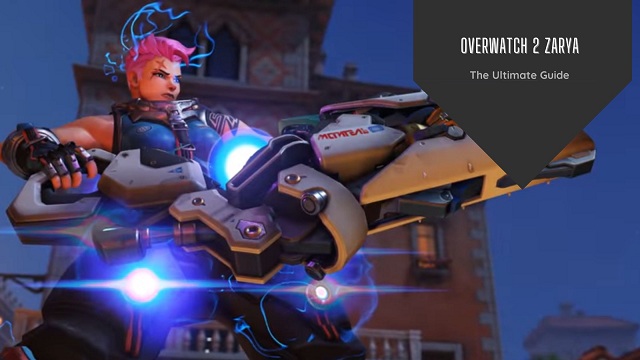 Zarya is a tank hero who uses her barriers to mitigate damage and increase the power of her main weapon, the Particle Cannon. The Particle Cannon either shoots a short-ranged beam or can fire projectiles with a bit more range. Zarya has two barrier charges that can be distributed to either teammates or herself. Damage taken by the barriers is converted into energy, which increases the damage output of the Particle Cannon. Her ultimate ability is the Graviton Surge, which fires a projectile that creates a gravity well that pulls enemies into and prevents them from leaving.

Tips about how to Play Zarya Well in Overwatch 2

You need know when to use your bubbles in battles

As we all know, the most important thing you should know if you want to learn how to play with Zarya is when to use her bubbles. This ability has a crucial role because it allows her to tank damage and increases the damage she deals with. In other words, failing to use your barriers as you should will hurt your overall performance.

Your goal as Zarya is to collect as much energy as possible. In other words, you should try to use the barrier on yourself when you are about to take damage. This will quickly charge your energy, allowing you to rip through your enemies.

You need focus on improving her energy level

A true master of Zarya will learn how to stay aggressive without dying. She can deal a lot of damage if she can charge the Photon Cannon, although doing so requires precise application of the Particle Barrier or Projected Barrier. She can easily beat most enemies when fully charged.

This way, players can dish out massive damage and utilize the best tank abilities.

You need cooperate with your teammates when using utimates

Zarya's Ultimate, Graviton Surge, is one of the most powerful Ultimates in the game, but it needs to be coordinated with another teammate to gain full effectiveness. Most damage Heroes will benefit from having the enemy team stuck inside Graviton Surge, so be sure to coordinate with your team when your Ultimate is ready to fire.

Additionally, be very careful when launching your Ultimate. Because Graviton Surge fires a projectile, it can be absorbed by abilities like D.Va's Defense Matrix, or Deflected by Genji. When fighting against D.Va, use your Ultimate behind her, when she has been knocked out of her mech, or when you're sure she doesn't have Defense Matrix up.

If you want to make great damage towards enemies with Tank Hero, playing Zarya is really a good choice for players. Although it is not easy to master the mentioned tips in this article, you can still experiment them in various matches and experiment them continuously. And if you want to unlock more good items or skins for heroes, you can Buy Overwatch 2 Coins to purchase the Battle Pass, there are various good skins and ultimate cosmetics for players to explore.