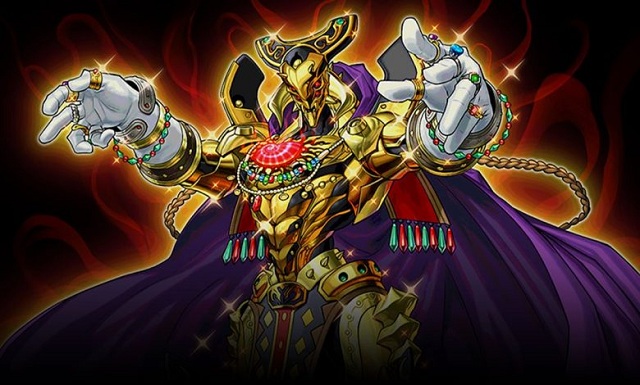 When it comes to Yu-Gi-Oh Master Duel, many players are fond of playing this card game online in order to compete other good gamers all over the world. Players have access to play this card game in many platforms. Players have waited for a long time about the new update of Yu-Gi-Oh Master Duel. And there is a big new update for this digital card game now. If you are wondering about the information of the new update, you can read this article carefully. In addition, if players want to make good decks consists of powerful cards, you need YuGiOh Master Duel Top Up to purchase more rare packs for building good decks in the game.

Yu-Gi-Oh! Master Duel's first banlist looks to take a conservative approach to addressing many of the game's strongest decks, only limiting a small number of cards to one copy and semi-limiting several others to two. No cards were added to the game's Forbidden list for its first banlist update, however the powerful Drytron and Eldlich strategies took hits through the limiting of "Cyber Angel Benten" and "Conquistador of the Golden Land." Both decks have been considered among the strongest for Master Duel's Ranked mode due to the powerful boards they can establish in a best-of-1 format.

Meta-defining decks like Tri-Brigade Lyrilusc also saw multiple cards taken away with both "Tri-Brigade Fraktall" and "Lyrilusc - Cobalt Sparrow" cut to two copies while other decks like Phantom Knights and Virtual World saw more minor hits. Red-Eyes Darkness Metal Dragon was the only card to be fully removed from the banlist.

The massive Master Duel update launched today with two new Selection Packs, "Refined Blade" and "Fusion Potential," and a new Structure Deck, "Cybernetic Successor," for players to purchase. The new Selection Packs feature the first cards added from the TCG's "Burst of Destiny" and "The Grand Creators" sets while the Structure Deck adds the new cards included in the "Cyber Strike" physical Structure Deck. These new packs will introduce several meta-defining cards from the TCG into Master Duel, including the powerful "Destiny HERO - Destroyer Phoenix Enforcer" as well as the "Swordsoul" and "P.U.N.K." archetypes.

Notable inclusions are Destiny HERO – Destroyer Phoenix Enforcer and cards that should enable Swordsoul to be a top-tier deck.

Those packs aren’t the only new cards either, as the Cybernetic Successor Structure Deck is also available, adding in new support for Cyber Dragon and Cyberdark archetypes, including Cyberdark End Dragon. This will be available for 500 Gems per copy in the shop for the foreseeable future.

Anyone who wants to go it alone in Master Duel can now play two extra Solo gates in the single-player mode: ‘The Danger Files’ and ‘Duel Strategy 2’. These two extra solo modes for players can make you adjust your decks according to the real condition of the matches.

As the big update of Yu-Gi-Oh Master Duel, players can try to figure out which decks you can make for your matches. And if you are lack of good cards for your decks, you can Buy YuGiOh Master Duel Gems to open more packs for your desired cards in the shop.