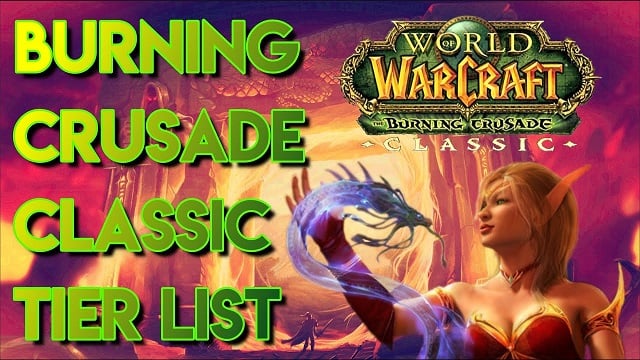 One class that is certainly looking forward to WoW Classic TBC is Druid. Druid players have massively expanded options in TBC that let them contend in PVE and PVP environments, with an extra emphasis on PVP success. TBC pushes Balance druids forward by improving the Moonkin experience from the OOMkin woes of Vanilla WoW, and giving them Insect Swarm. Feral (cat) druids also get some extra power in their bleeds (and no debuff cap to hold these back), and are flexible Arena competitors. Some new changes to Power Shifting will take some getting used to, though. Feral (bear) druids are as successful as ever, despite some new tanking competition and some nerfs. And finally, Resto druids are kings in the TBC Arena, and get a huge boost in PVE with the 1 heal over time spell limit removed in the expansion, meaning multiple Rejuvenations can stack.

Hunter - A class that once struggled in Classic WoW will now be shining with access to some pretty great gear as well as arguably the strongest DPS spec with Beast Mastery. The Beast Lord Armor set gives Hunters access to some pretty crazy DPS early on, and it's a set you can get before any raid comes out, meaning Hunters have access to some high-quality gear before some of the more challenging content is released.

Mages are very strong damage dealers and while they are outshined by Hunters and Warlocks in pure damage, they do provide some necessary utility. This includes things like Arcane Intellect, Polymorph, and even the new ability Spellsteal that is a core mechanic in the Gruul’s Lair raid.

Priest ran the show in WoW Classic healing, and they're still quite powerful in TBC. In TBC, healing Priests receive new AOE healing capabilities and new powerful buffs for Holy, and powerful throughput in Discipline. For Shadow Priests, the spec rounds out to be much more consistent, offering unmatched utility for its DPS slot by returning mana to others and increasing spell damage taken. Priests aren't the clear best choice in PVE like in Vanilla, but they do offer a ton of strength in PVP settings, especially in 3v3 Arena.

No matter what kind of classes you are playing, you will need to keep enough WOW TBC Classic Gold in your inventory! Buy cheap WOW Classic TBC Gold at Z2U.com, cheapest price, instant delivery!