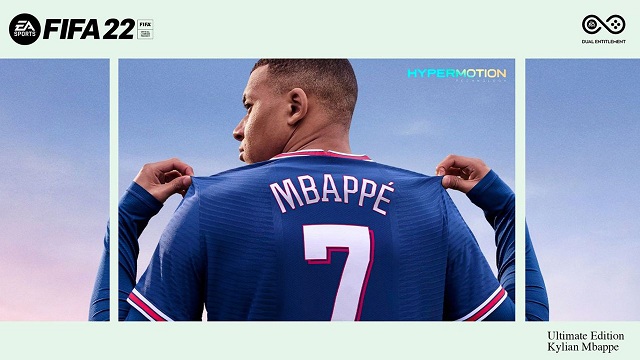 Although FIFA 22 are popular with a lot of players all over the world, there are also some advantages and disadvantages in this game. Some good characteristics attract players to join in the latest game, some undesired disadvantages make players refuse this game. So, you can judge these opinions by yourselves due to your real experience in this game. Moreover, players can choose to buy FUT 22 Coins in the game to purchase some useful items for enhancing players’ stamina, which make them keep energetic in attack.

When it comes to the Visuals in FIFA 22, every player may think it is so great that playing the game on PC feels like playing the football on the real pitch. The real experience makes players feel so good.

As players score goals on the pitch, the players look wonderful, as well as the officially licensed kits. Players are willing to enjoy the real feeling of playing matches on FIFA 22 because of its special visuals.

As the release of FIFA 22, all players are looking forward to seeing the performance of the HyperMotion Technology. The developer has heavily advertised its function in advance, and it has thoroughly lived up to the hype.

The developer has captured different motions from an normal match with two different team players wearing Xsens suits. They can implement more than 4000 new animations in FIFA 22. FIFA 22 has completed the promise of providing more intensity and physicality for each game.

Players will find that the overall balance of matches in FIFA 22 are better than before. There are many important issues are been solved in the games in order to create a real match experience that allow players to feel the real feeling on the real pitch in the game.

There are a lot of ways for players to score goals on the pitch in FIFA 22. Players can try to experiment more special ways to score in FIFA 22. And this game also provide the best gameplay for different players all over the world.

Most of players discuss the game issue that how to control the pace of players on the pitch. Players often decide to choose players with the best pace stats, and ignore their technical abilities. They want to control these fast players run around the pitch, and score goals for matches. Players may play full-backs as center backs to defend the strength of through balls to quick strikers.

Just like the real matches in the sport, it is important to place fast players for your team in FIFA 22. Although technical and defensive players have become more significant in the match, the team will be more well-rounded and powerful.

With the release of new FIFA game, players expect to see the improvements of the single-player modes, especially high improvement of Career Mode. However, FIFA 22 are not going to pay more attention to the Career Mode in the future.

Although the developer has promoted a few changes to Career Mode, like providing a new option for players to create the unique team. But, the mode is similar to former releases. Many players prefer to playing single-player mode to playing Ultimate Team mode with money.

Players may find that FIFA 22 doesn’t have AI Fouls in the game. In some cases, players often see that they will not have a penalty or freekick when playing against the computer on the pitch. In addition, fouls are not consistent in FIFA 22, and players will find that they may not have enoughh direct free kicks through a lot of matches.

Although there are some advantages and disadvantages showing in FIFA 22, some players also accept them and enjoy the fun of playing football in the game. In order to win more matches, players can BUY FIFA 22 Coins to search for the best forwards for your team. You will score more goals with the help of best forwards on the pitch. Cheap FIFA 22 Coins are sale on z2u.com.