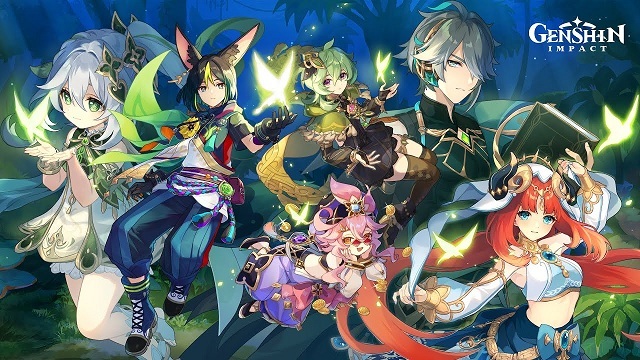 The Genshin Impact 3.0 update is rumored to release on August 24, 2022. While HoYoverse has not officially revealed any information, the 2.8 update did go live on July 13, 2022.

With each update lasting six weeks, it’s likely that 3.0 will be released in late August. The official release time will be announced by the HoYoverse. Please pay attention to it.

Hoyoverse showed us the first official glimpse of the new region, Sumeru in the 2.8 update livestream. We were shown a small town and views of the lush, green landscape with Sumeru described by Liben as ‘all rainforest and desert.’ It’s unclear whether Sumeru will arrive in the 3.0 update, but going by past trends, these big updates usually introduce a new region and Archon.

The most significant addition in the Genshin Impact 3.0 update is the arrival of Sumeru- a new desert-themed region. It’s here where Travelers will be able to embark on an exciting adventure, with plenty of new characters being added to the game’s ever-growing roster.

Sumeru has been one of the most highly anticipated expansions and will introduce the game’s first Dendro units. The region is renowned for its vast wealth of knowledge and houses the Sumeru Academia.

On July 29, Hoyoverse released a third trailer for the Sumeru region, which confirmed the existence of Nilou, Nahida, Alhaitham, and Dehya. It also gave us another look at Tighnari, but more importantly: Cyno.

There are several leaked Genshin Impact 3.0 characters. Here they are:

There are some leaked information from Genshin Intel, the main event of patch 3.0 is rumored to have two parts.

The two parts will allegedly give the player around 560 primogems. Wooden statues can also be displayed in your teapots, and a free Collei is an event reward.

Another event called Chronic Trials is rumored to be present in 3.0 according to a Tweet by Genshin Intel. This event consists of 7 timed stages with infinite waves of mobs. However, you can only use a fixed team of Level 80 characters with no constellations, a 4-Star R1 weapon, and talents at 8/8/8.

These trial characters are different from your own characters which means that they have their own artifact sets and will not inherit the sets you have. Killing mobs charges up a skill that immobilizes the character and the mobs until a picture is taken. After the picture is taken, a powerful AoE attack will hit nearby opponents. More mobs captured in the photo will result in a more powerful AoE being unleashed.