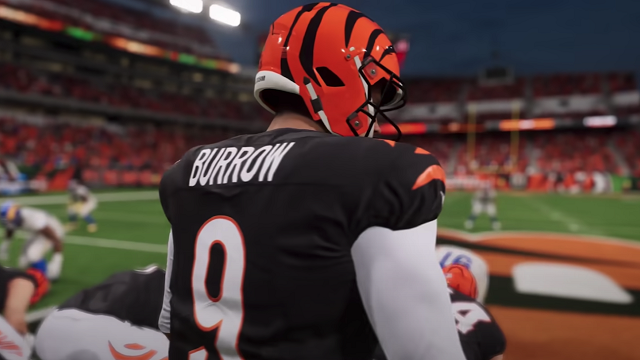 Madden NFL 23 is available for players who have subscribed EA Play, XGP Ultimate Service, and pre-ordered the All-Madden Edition. So, if you want to get nice rewards before the official release of Madden 23, please join in the game as soon as possible. There are also some new changes in Madden 23. If you want to know them, please read this article carefully. You can use MUT 23 Coins to collect your desired players cards and build the best team to fight against other players in MUT matches.

This is the way to play for players who are on the fence about spending cash on Madden, but it does require a subscription.

Starting Tuesday, Aug. 16, players can start a 10-hour trial period via EA Play. EA Play is $4.99 per month for the standard version and $14.99 per month for Pro. Interested parties can play via the $4.99-per-month version.

Your only other option to get early access to Madden 23 is to buy the All Madden Edition of the game. This costs $99.99 but offers Dual Entitlement (the ability to upgrade from PS4 to PS5 or Xbox One to Xbox Series X|S for “free”). It also, obviously, comes with the three day early access, meaning you can start playing today, August 16.

You’ll also get 4,600 Madden Points which can be used to upgrade your Ultimate Team or customize your avatar with new uniform designs, a choice of 2 Elite Players, All Madden Gear and a Madden Strategy item.

Madden Ultimate Team has a new feature called Field Pass, which provides a clear path to progression in the mode.

“You’ll be able to see all the levels, rewards, and plenty of objectives to complete to make progress on every Field Pass,” EA said. “In Season 1, there will be multiple Field Passes available. Players can earn all of these rewards just by playing the game with no additional cost to access the Field Pass.”

There are three types of Field Passes, including Season, Competitive, and Ultimate Team program-specific passes. Each Pass has rewards to earn, ranging from coins, uniforms, packs, and player items.

FieldSENSE is the new next-gen feature for Madden 23, and much like the HyperMotion feature seen in the latest FIFA games, the mechanic is set to give gamers more control over their squad using its "physics-informed mechanics." The downside is that EA has advised that the improved movements will only be available to gamers playing on PC, PS5, and Xbox Series X/S.

Season 1 is vital to Madden 23 Ultimate Team because of all of the rewards that are available, especially at the upper levels of the program. The top reward has been revealed as 91 OVR TE Dave Casper. Along the way you can earn cards like the 87 OVR Ceedee Lamb and the 85 OVR Zach Cunningham.

Aside from the individual cards, you'll also receive free Madden 23 Ultimate Team packs and the John Madden Head Coach Item. Through Season 1, you'll be able to earn 14K MUT 23 Coins along with these rewards:

It is time for players to build their dream team in Madden 23 Ultimate Team Mode. If you want to get popular players for your team, you can Buy Madden 23 Coins to purchase them from the Transfer Market, and improve your team performance in the matches.