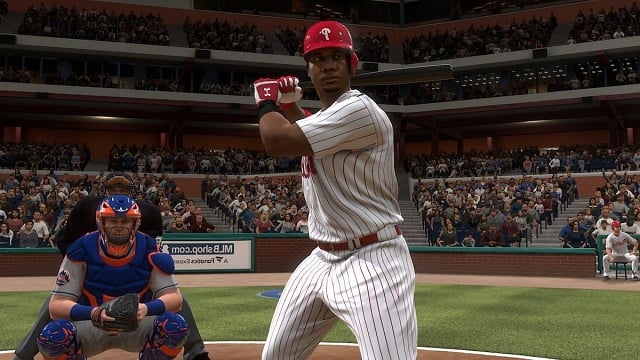 As many players are going to join in MLB 22, they are excited about the various events in the game. Because they can get good rewards from completing the specific event. There is a new event waiting for players to join. It is the Moonshot Event that showcases a brand new 90=overall unit reward. If you want to complete Moonshot Event well in the game, you can read this article to know guidance. In addition, players can choose to buy MLB 22 Stubs to get some good equipment for players to enhance their abilities in the match.

How to Complete Moonshot Event in MLB 22

The Moonshot Event kicks off on April 21 and challenges players with six stipulations for a chance to obtain 90-overall Diamond Breakout Series Tim Salmon. Players will be allowed to use any tier of hitter on their squad but are limited to common-level pitchers. With the overall minimum being set to 55-overall, players are forced to leave their best MLB The Show 22 starting pitchers out of the bullpen. The challenge requires players to use the three-inning mode in All-Star difficulty, and can only be played in Coors Field, a stadium infamously known for pitches losing momentum and vertical break due to Denver's high elevation and distance from the mound.

As the name implies, Moonshot is all about one thing: celebrating power swingers by smacking the ball around. Thankfully, that will be fairly easy to do since you are limited to using only common pitchers with 64 OVR and are free to use any hitter in the game. This event, more than any other, will be a test of hitting skills. Instead of wondering if you can score runs, you’ll have to hope you can score even more than your opponent.

Having Double XP active also means you can rack up some great XP by playing the Moonshot Event in Diamond Dynasty, ultimately aiming to grab the Moonshot reward which has yet to be revealed.

The most common prediction for that reward so far is Tim Salmon, but others have suggested Carlos Beltran, Jose Conseco, or Pete Rose could be chosen based on the teaser that was shared.

On the hitting side, you want to look for players that have power or contact above the 100 mark. Filling your lineup with these players will give you the highest chance of getting a home run when you hit the ball. As a hitter, it’s important to not get overconfident. Yes, you have an amazing chance to hit well or score a home run, but this is still baseball, and nothing is a sure thing. Make sure you’re still waiting on pitches you’re ready for and don’t chase things you can’t reach. Ideally, you’re using Face of the Franchise cards like Ronald Acuna Jr., Mitch Hanigar, and Carson Kelly when facing left-handers. When facing right-handers, Mike Trout, Rafel Devers, and Joey Votto all get over 100 in a stat. Obviously, if you have top-tier cards like Awards Series Frank Thomas, he’ll do well against either hand.

Players who complete the challenge under the specified requirements will receive a 90-overall Breakout Series Tim Salmon, the 1993 MLB Rookie of the Year. Salmon's playing career started in 1992 and came to an end in 2006, one year after he returned from missing an entire season due to injury. The 1995 Silver Slugger winner will bring some excellent batting depth to any team's lineup, and it won't be long before he's considered one of MLB The Show 22's best right fielders available.

Players should pay more attention to deal with the problems in the field and win the matches. If you have not got suitable players, you can Buy MLB The Show 22 Stubs to select good players in the market, they can help you pull through the troubles in MLB 22.