Blizzard Entertainment has dropped details of the next WoW Esports event as teams will fight in the Burning Crusade Classic Arena Tournament. Players will now have to go back in time and fight their way through one of the most famous expansions in World Of Warcraft history. Registration has officially opened for teams to sign up on Gamebattles for North America and Europe, with qualifiers set to take place from July 17th-18th in a 3-v-3 Best-of-3 Double-Elimination event. The top 8 will be broadcast live from July 23rd-25th in a Best-of-5 Double-Elimination event with $15k on the line for each region. You can check out more details below about how the tournament will run as this will be one of the more trying events for even the most experienced of players. 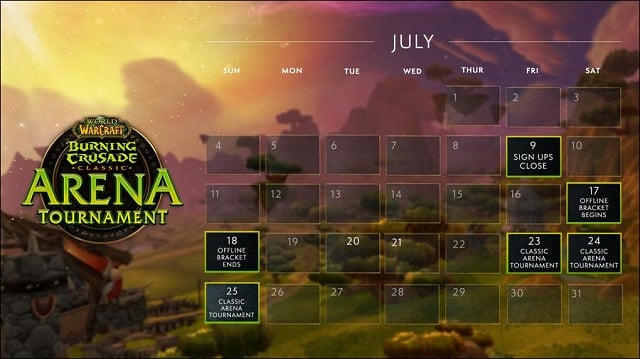 Gather your teammates and head back to where it all started:

·Registration: OPEN NOW and closes on July 9. Register on Gamebattles for NA and EU.

·Vanquisher: Top 10% of players will be able to show off their Arena prowess once again with the Vanquisher title! 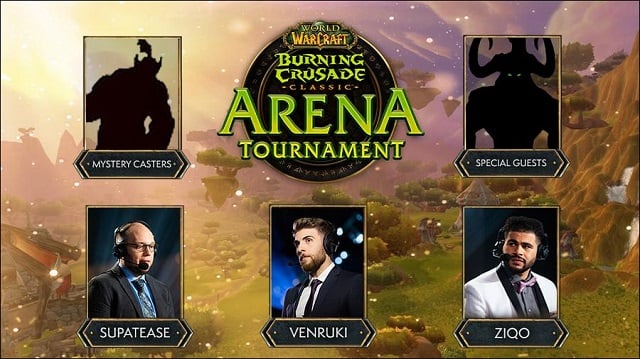 There are three confirmed casters for the tournament: Supatease, Venruki, and Ziqo. Throughout the event, there will be some special guests alongside mystery casters set to join the action. To see the matches during the weekend of July 23 to 25, go to either the YouTube or Twitch stream of Blizzard and relive the glory days of TBC.

Don’t miss a single moment of CAT on July 23-25, live on YouTube and Twitch. We’ll see you in Outland! By the way, WOW TBC Classic Gold is the lifeblood of this gameplay, if you want to find the best place to purchase them, we Z2U.com is your answer!