Rocket League is a vehicular soccer video game developed and published by Psyonix. And it went free-to-play in September 2020. Thus, it has recently made a resurgence in popularity. In view of the importance of credits, this guide will help players learn how they can earn credits in the game. 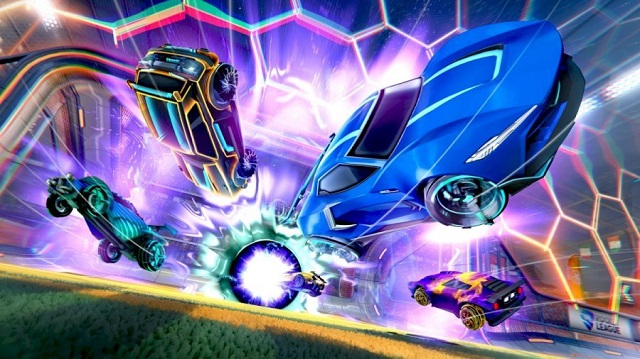 Rocket League was a runaway success when officially released back in 2015. Developed by Psyonix and Panic Button Games, players are able to ride these race cars around a soccer-like arena as they work to score more points than their opponents. The concept is simple but highly addictive since learning to control the car to defend or make shots can be challenging for players. There are also ways to make some unbelievable trick shots while in your vehicle. Here is how players can get credits in Rocket League.

The real appeal for the game comes when playing with a solid group of friends. Up to 2 teams of 4 can work together to secure the win. Players can also modify the rules in a variety of ways including changing the amount of time for each match, the layouts of the maps, and how many points are required to win. Currently, the game is completely free-to-play on PC for those who download the game through the Epic Games Store. It's a great way to round up some friends and wait around for bigger releases coming later this year. Credits are used in the game for players to customize the look of their vehicles. Here's how players can unlock them.

How To Get Credits In Rocket League

*Pay For Them: Head to the Garage then to the in-game store to find a variety of bundles giving credits for a certain amount of money. Depending on how much time the player invests in the game should equal how much players put money into the game.

*Rocket League Pass: The game features a "battle pass" like a system where players can complete challenges to unlock experience. Players can level up their Rocket Pass to earn credits, but the player will need to pay for the Rocket Pass first. Players can pick this up for $9.99 USD.

Rocket League was a huge deal when it released as everyone on Twitch and YouTube would play and stream the game religiously. It's also incredibly simple to play but hard to master. The adrenaline that comes from scoring a goal off the top of the arena is unlike anything any other game could accomplish. A perfectly timed boost to steal the ball from the opponent team, the soaring through the air for defense, or just flexing your skins in the arena. There's so much to enjoy in Rocket League.

Above are some easy ways to get credits. Hope you can enjoy it. We know Rocket League Credits are the new in-game currency replacing Keys. Credits can be used to purchase Featured Items in the Item Shop, upgrade your Rocket Pass, build items from Blueprints, or to trade. If you want to get credits quickly, please come to z2u.com. Your transaction is safe&fast. And our overwhelming stock size gives us confidence that our prices are the lowest that you will find! Cheap Rocket League Credits/Money/Currency at Z2U.com for Hot Sale. Join us, get the best price. 24/7 live chat is available to all players. Any doubt, please feel free to contact us!