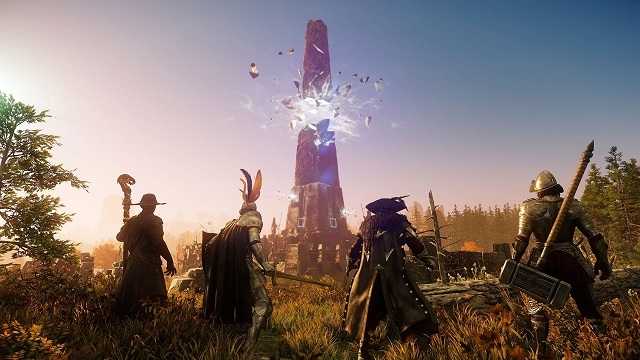 New world is developed and published by Amazon Games, it is a MMORPG based on pirate theme. The game starts in a fantasy continent called Aeturnum. Players in New World must set up their defenses, create weapons, and make preparations for the coming war all the time. They can join in one of three factions and fight for the territory each other. What makes the game popular with players is the war system. Players can build up their companies, and declare war on others to claim their resource and territory. You should know something about the war system in the game and how to fight for victory in New world. And if you are eager to win the war in the end, you can buy New World Coins to offer pretty equipment for your team. Your efforts on team will be rewarded with victory in the game. 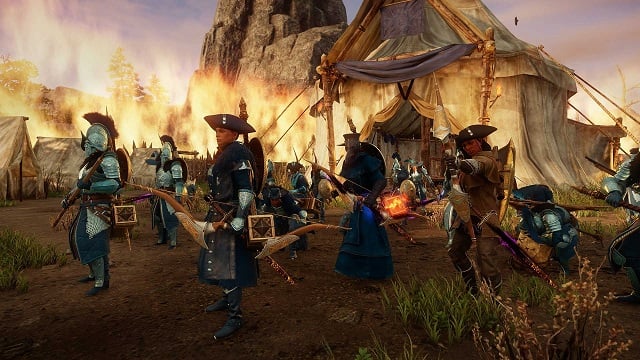 If you want to make your company stronger than others in New World, you must take control of more territories to get more resources. So you need declare wars against native companies. You have to improve the influence of your company by completing PVP missions and make an area become in conflict. You can find the level of your influence displayed on the map of the world. When you have enough, you can choose one settlement to declare war. Please note that if multiple companies join in the fight, only one can be chosen to lead the war according to the influence of companies in this area. The more influence you earned, the higher possibility your company can be in the lead. Then the leader of the Vanguard Company can select 50 players to join in the war in New World PvP combat.

How War Works in New World

Once company has declared war in New World, there will be a notice displayed on the map screen. Players can sign up for the war in the settlement. The leading companies will select who they want depending on the level of you. It is good for you to get higher levels and gain more chances of joining in the war. Players who are on the roster will take part in a 50v50 battle.

Finishing a War in New World

The vanguard company summons players to attack the gates of the defending team in New World. The goal of attacking team is to not make the defending team hold on more than 30 minutes. In the process of war, the vanguard should cross over three rally points, and then try to claim the Fort. If the offensive team can’t complete it, the defending team will win in the end. Players will be teleported off the battlefield when the winner is chosen. Then the winner will take control of the territory and become the governors of the settlement. They can utilize the resource to expand the strength of company in New World.

The offensive team have access to Siege Platforms to attack rally points and capture the Fort Gates.

Cannon Platform is used to make a slow rate of fire to damage structure.

Repeater Platform is a mobile weapon which can provide rapid fire.

The defensive team also have Siege Weapon to protect their rally points and Fort gates from attack.

Ballista have the same function as the cannon.

Explosive Cannon is used to make AOE for preventing groups of enemies.

Fire Dropper is often used to prevent the enemies from the Fort Gates.

Horn of Resilience can heal the team player in a short time.

Traps are available to the offensive and defensive teams in the war.

Inferno Mine can burst and cover area with fire when they meet enemies.

Powder Keg is very destructive in the war and has a long duration for enemies.

Players are curious about how to join the war in the New World, even they want to be the leader of the vanguard company. They want to know how the war system works in New World and can’t wait to play the fantastic game. If you want to have a good experience in the game, New World Coins can help you a lot. Cheap New World Coins are available on z2u.com.

« Diablo 2 Resurrected: How to Reset Skill Points and Stats in D2 ResurrectedTwitter How to Change Display Name 2021, Ways to Change Twitter handle on desktop and mobile »
tags:
How to Declare War in New World War System in New World War Equipment in New World Buy New World Coins
Related News:
New World Release Date, Price, Platform, Map, Beta and Everything You Need To Know
New World Has Been a Big Success on Steam So Far that beta sees over 200,000 players
How to Level Up Fast in New World: Best Ways to Level Up fast and quick in NW
New World Begins Open Beta from September 9th to September 12th
New World Three new weapons leaked: Daggers, Blunderbuss, and Void Gauntlet