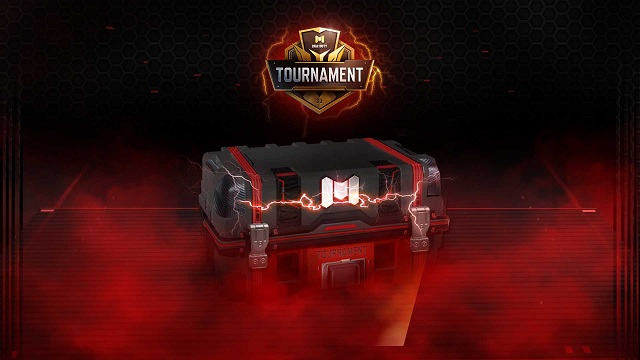 Due to the success of Call of Duty on PC, the Call of Duty Mobile is popular with players who like playing this game series. They can experience one of the most diverse first-person multiplayer experience through mobile devices. There are already some multiplayer game modes for players to play in the game. The developer has added another major game mode addition- the Competitive Tournament mode. In addition, if you want to changes characters in CODM, you can buy CODM Points to select the characters who you desire in the shop.

The Tournament mode is new to players in CODM, and they want to know the information about this new game mode and how to play it in the game. You can read about this article to know the exact news about them.

Tournament mode in Call of Duty Mobile is, as the name implies, where competitive players will go to test their abilities against other top players. Since Ranked Play in Call of Duty Mobile is focused on squads, Tournament is focused on individual players or duos. The five options for modes within Tournament include Gunfight, Gunfight Team Deathmatch, 2v2 Team Deathmatch, 2v2 Kill Confirmed, and Free For All.

How to Play Tournament Mode

While it is still a competitive space, the Tournament Mode is separate from Ranked Play. Tournament mode is built for duo and solo players “who want to prove individual skill.” This makes it a great place to practice and hone your skills before getting into Ranked Play.

In order to play Tournament Mode, players will need to access the hub through the main Multiplayer lobby. Within this hub, players can select the mode they want, as well as access rewards, look at their performance, and the Leaderboards.

Each round of a Tournament consists of four matches, which could be a variety of the following modes:

Winning matches will earn players Crowns, which is a tournament-exclusive currency for rewards. Those who win three matches will have a chance to earn double crowns, a dynamic Calling Card, and a special Tournament Crate for winning a fourth match. Players can play as many tournament rounds as they want to win that week's rewards. Additionally, players will be able to choose to spend CoD Points for additional matches within a round.

The rewards continue to stack up in Tournament Mode with Leaderboard Rewards. While Milestone rewards are earned by accumulating crowns, the Tournament Leaderboard rewards are purely based on a player's placement and number of wins compared to everyone else playing tournaments.

New Tournament Mode will attract many players to join in and they can show their specific abilities in the fighting against foes in this mode. If you want to get some good weapons for your character, you can Buy Call of Duty Mobile Points to equip them in your inventory, and select ones in the battle.