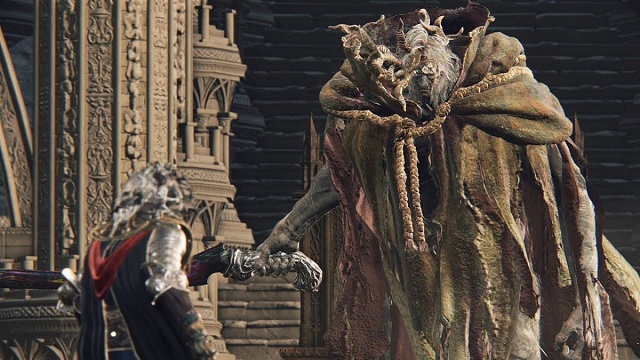 When players travel around the Lands Between in Elden Ring, they will be required to go to Leyndell, Royal Capital, and encounter Morgott, the Omen King. It is a powerful foe for players to beat in the game. While players will meet him several times in the later, because it serves the gatekeeper of some hidden areas in the endgame content of Elden Ring. Players need to find ways or tricks to kill him in the game. You can learn about the guidance from this article. Players may need some beneficial potions for curing characters, you can purchase them from Elden Ring Items in the game.

How to Beat Morgott the Omen King in Elden Ring

Morgott, the Omen King, may seem similar to Margit, who you fought all the way back in Stormveil Castle. However, Morgott is much stronger, with a variety of new moves that you'll need to look out for.

Morgott tends to start with a few swipes of its cane, but there are plenty of other attacks to show off. Aside from their standard physical attacks, Morgott also uses a range of holy magic moves. These include a short-range dagger slash, a burst of daggers, a sweeping slam with a holy hammer, a spear throw for players that attack from a distance, and a shower of holy swords that rain from the sky.

Bearing a very big resemblance to Margit, the Fell Omen from Stormveil Castle, this new form uses a lot of similar attacks along with a handful of new ones. The main strategy here is to simply keep your distance: summon Melina before the fight begins and have her take lead during the first phase of the fight. She's surprisingly strong, taking a lot of attacks before Morgott kills her. While he focuses his attacks on the NPC, it'll be your job to slash and attack from behind, getting in a few hits before retreating again. When he's at a distance, we strongly recommend once again using your Ashes of War abilities. Something like Storm Blade works well since you don't have to be up close for it to work.

The second phase is where things really get crazy. You can get some attacks in as Morgott kneels on the ground, but watch out for the considerable explosion that quickly follows. This is when Morgott begins imbuing his weapons with status effects, including bleed and fire. Random explosions occur throughout the arena, and the boss’s combos get even meaner. Watch out in particular for the deadly thrust after Morgott coats his blade in blood; the wind-up is painfully small, and it can easily one-shot you.

If you're struggling to stagger Morgott, you should still have plenty of chances to punish the boss during this fight. Many of Morgott's attacks will end with a moment of recovery, leaving Morgott vulnerable to attacks. Take advantage of these moments to punish Morgott with a flurry of slashes and swipes, which should allow you to get the upper hand.

If you're unsure of when to go wild with attacks against Morgott, we suggest waiting until he uses his hammer. When you see Morgott swing the holy hammer, roll to avoid taking damage and then follow up with some free hits. Morgott will take a few moments to recover after this attack, giving you plenty of time to land hits before backing off again.

Players may try to experiment different methods of beating Morgott the Omen King, and you will succeed in the end through a lot of practice. If players are lack of suitable ranged weapons in the game, you can Buy Elden Ring Items to select the good ranged weapons for characters in order to stay away from the melee attack from bosses.