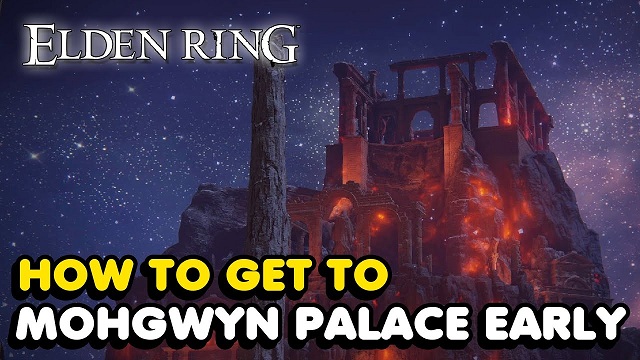 There are an enormous number of hidden areas waiting for players to explore in the world of Elden Ring. It ranges from large underground Catacombs to windswept hilltop castles. One of the best hidden places for players to explore is the Mohgwyn Palace. They also want to know how to go to this hidden area in Elden Ring. You can know about it from this article. In addition, players can choose to buy Cheap Elden Ring Runes to level up their characters to discover more challenging areas in Elden Ring.

How to Go to Mohgwyn Palace in Elden Ring

Mohgwyn Palace is an optional region you can find in the Siofra River region of the underground in Elden Ring. This late-game region contains the Mohgwyn Dynasty Mausoleum, home to a powerful optional boss who drops a Great Rune and Remembrance.

This palace is filled with high-level enemies who will deal significant damage to you and cause you considerable blood loss. Therefore, go to the Mohgwyn Palace when you are ready to fight with the enemies there. Also, besides completing White-Faced Varre’s Quest, there is another way to access Mohgwyn Palace. To use this method, go to the Northside of Consecrated Grounds and find a portal there. This portal will take you to an underground passage, and as you reach the end of the passage, you’ll find the Mohgwyn Palace.

You can do this in one of two ways. The first of these methods involves White-Faced Varré. At the end of his questline, you will get the Pureblood Knight’s Medal. You can then use this item to get an “audience” with Mohg, the Lord of Blood. This is a powerful optional boss, and you should only take him on if you are absolutely certain of your battle prowess, gear, and mastery over the game. The other method includes finding a portal in the north of Consecrated Grounds. This will take you to an underground passageway. At the end of it, you will find the Mohgwyn Palace itself.

After you defeat Godrick the Grafted, you can find him at the Rose Church. That one is on a large island southwest of Liurnia, it's that weird church that looks a little bloody. He'll then ask you to invade three players with Festering Bloody Finger's to proceed with his questline. You only need to invade other people, you don't need to actually beat them. After he'll ask you to soak the Lord of Blood's Favor with the blood of a maiden. You can find one at the Chapel of Anticipation, the area you start the game in. But the easiest one will be at the Church of Inhibition located in the northern mountains of Liurnia. Once that is done with, return to Varré and he'll hand you the Pureblood Knights Medal. Which you can use to teleport directly to the palace.

Alternatively, players can head to the Four Belfries in the west of Liurna of the Lakes and activate the portal beneath the second Belfry, which allows players to return to the Chapel of Anticipation from the beginning of the game. After getting revenge on the Grafted Scion, players can return to the Chapel where they first loaded into the game and soak the cloth using the corpse of the Maiden within.

After soaking the cloth and returning to Varre, exhausting his dialog will cause him to give the player the Pureblood Knight's Medal, which can be used from the inventory to teleport to Mohgwyn Palace.

Players can try to complete some hidden quests in the Mohgwyn Palace, and they will be rewarded with good items. And if you have problems in fighting against enemies in this area, you can Buy Elden Ring Runes to upgrade your weapons in time, they will help you defeat more giant bosses in Elden Ring.