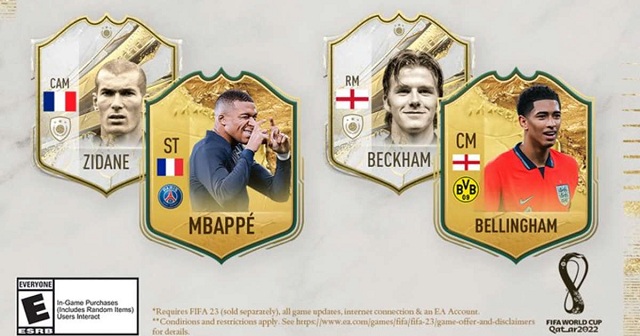 What are World Cup History Makers?

The History Maker players will also receive two upgrades, with one upgrade on Friday, 13 January, and the second upgrade on Tuesday, 14 February.

Players will have to do is play the game at least once on or before January 3. The title will then unlock a World Cup History Maker card pack that can be found in the in-game store. Thankfully, EA Sports has made getting the item very simple, and players will have to indulge in very little gameplay to receive the reward.

The special card will be granted between December 23 and January 3. Eligible players will subsequently be able to get it from the store. EA Sports has also briefed fans as to why the card will be special: it will offer two sets of upgrades. These are going to be made available in batches, with the first one coming in January.

And players can simply visit the EA World Cup prediction page, log in, and make your prediction. After doing this, “three Limited Time FIFA World Cup Player Items” will be added to your FIFA 23 Ultimate Team squad when the event goes live. Players can also receive some end-of-event rewards by leveling up. Players will also be able to grab some World Cup-themed Swaps.

What an amazing World Cup Mode in FIFA 23 Ultimate Team. Players have access to play their favorite national teams against opponents and enjoy control the best players in the team. While, if you want to get some other World Cup items in FIFA 23, you can Buy FIFA 23 Coins to select what you desired in the game-shop, and enjoy yourselves in the World Cup matches.