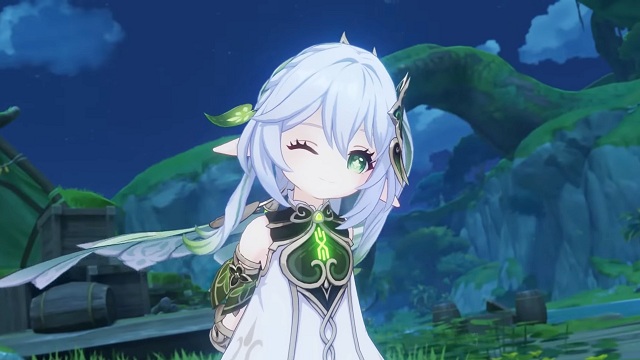 With the release of Genshin Impact 3.2, many players are excited about the new 5-star character called Nahida. Nahida is the Dendro Archon in the world of Genshin Impact. In order to level up Nahida quickly, players are willing to gather Ascensions for Nahida in the game. Are you interested in gathering Ascension materials for Nahida? You can read this article and learn from the guidance. Players can get Cheap Genshin Impact Crystals to unlock more strong weapons for characters and improve their abilities in battles.

Players should know that Nahida is a very powerful character as an Archon, and as such relies on some strong bosses to drop the right materials. You'll need to hunt down the brand new Dendro Hypostasis, and fight the looming Balladeer in Genshin Impact 3.2.

The List of Nahida’s Ascension Materials in Genshin Impact

How to Gather Ascension Materials for Nahida in Genshin Impact

The new Dendro Hypostasis elite boss is introduced in Genshin Impact 3.2. While every other material required for the Dendro Archon's ascension could have been stockpiled before patch 3.2, the Dendro Hypostasis acts as a time-keeper for all players interested in leveling up Nahida. This is due to the resin requirement associated with opening the loot from defeating the Dendro Hypostasis, the only method of obtaining Quelled Creepers.

Nahida will also need the Nagadus Emeralds that can be acquired from defeating this boss, meaning players should farm the Dendro Hypostasis to achieve maximum efficiency while gathering Nahida's ascension materials.

It grows on vines on the cliffs of Sumeru. In the wild, there are 64 Padisarah that refresh every 48 hours. It is sometimes confused with the Lotus. Travelers will also be able to buy Kalpalatas from Aramani, the Anarana near the Tree of Dreams, besides the ones in the wild. To reach Level 90 with Nahida, they need 168 Kalpalata Lotus flowers.

To level up Nahida’s skills, you need Fungal Spores, Luminescent Pollen, and Crystalline Cyst Dust. These are enemy drops and can be found when taking down a variety of different Fungi. You need to head to Sumeru, where you’ll find Fungi throughout the region especially in forest areas such as Mawtimiya Forest and Vanarana, although they can also be found in The Chasm.

The Dendro materials, Nagadus Emeralds, can be farmed from the Jadeplume Terrorshroom, a boss found in Vissudha Field, Sumeru. Alternatively, you can also get these gems from the new Dendro Hypostasis world boss.

It is not easy to level up Nahida in Genshin Impact, you have to spend more time on collecting materials and defeating more bosses for rewards. A large amount of Ascension materials for upgrading Nahida is needed. When you know where to get these materials in the game, you will have access to gather them quickly. And if you want to unlock more characters in Genshin Impact 3.2, you can Buy Genshin Impact Genesis Crystals to get characters and build your unique team, which helps you complete more quests and earn more rewards in the game.