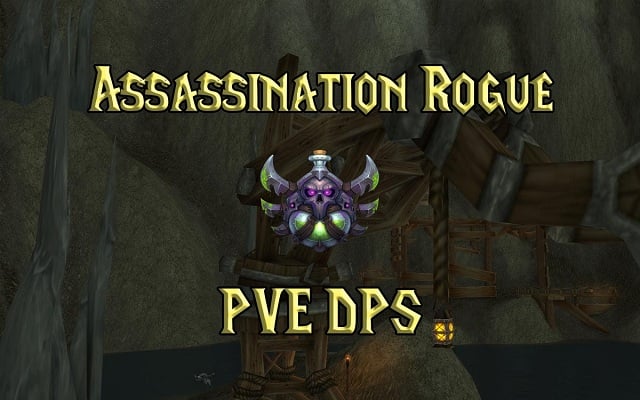 There are many different classes for players to play in WoW WotLK. Some players are willing to choose the most popular class to play in the game, while others expect to play what they especially love or desire. Some players are eager to play the Assassination Rogue in WotLK, and they want to build the best Assassination Rouge in the game. If you are also interested in the build of Assassination Rogue in WotLK, you can read this article and learn from the guidance. Players can use WoW WotLK Gold to level up your characters quickly in order to unlock more end-game contents and quests in WotLK.

Assassination Rogues are fast-hitting murderers, utilizing their low damage but ultra instinct-like super speed melee attacks and poisons to disable their enemies. Their gameplay uses very few elements of stealth, choosing instead to venture headfirst directly into the battlefield, rapidly attacking enemies in a killing spree.

Rogues are a deadly light-armored class who specializes in stealthiness, various WotLK Rogue poisons, and landing fast mortal attacks. Playing this class during the fight you should build combo points to spend them for the most powerful Rogue abilities like Envenom, Eviscerate, or Rupture, chopping enemies in a ninja style. One of the reasons to play this class is their iconic ability Stealth which helps Rogues to sneak around in the most dangerous parts of the world.

How to Build the Best Assassination Rogue in WoW WotLK

All specializations of rogue will be able to offer Tricks of the Trade to the raid. This exceptional spell can redirect threat and increase damage output. It is a very valuable utility spell that is highly desired to have in raids.

Activating Stealth will allow you to benefit from the Overkill passive talent. This talent will activate when you exit stealth, increasing your energy regeneration by 30% for 20 seconds. After the opening of the fight 20 seconds may pass and you lose the Overkill buff. If this happens, you can use Vanish to re-enter stealth and open again, reactivating the Overkill buff.

Engineering grants the most damage-increasing benefits of any profession for Rogues and should definitely be taken as one of your choices. With the glove enchantment granting massive Haste rating, their consumable bombs, and more benefits available, Engineering is simply the top output profession by far.

Jewelcrafting is the best pairing with Engineering due to the gems you can use, such as Bright Dragon's Eye Icon Bright Dragon's Eye, but it is worth noting that Tailoring is very close behind with its Attack Power buff on the cloak. The two are nearly on par with one another and you can choose which to use based on your preferences and the economy of your server for gold-making.

If players want to build the best Assassination Rogue for PvE mode in WoW WotLK, you can read this article and try to figure out the basic build of this class. In the process of exploration, you can also change the way of building in order to adapt to your targets in the game. If you want to enhance the abilities of your character, you can Buy WoW Classic WotLK Gold to get more powerful weapons or gear for them, which help them defeat more enemies.