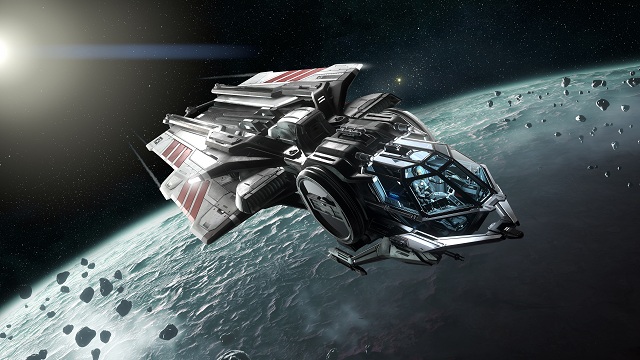 As you take your first steps into the expansive Star Citizen universe, you might be wondering where to find your ship. Fear not. You’ve come to the right place.

Initially, there's a lot to take in. But don’t worry, there’s no right or wrong way to play Star Citizen. The entire point is immersing yourself in the game world. Stanton is vast, and it’s easy to get lost simply traversing the spaceport. Slow down, relax, and get acclimated to your surroundings and the controls.

When you're ready to take to the skies and see what else is out there, you’ll want to find your ship.

The first thing I do with any game is set up the graphics settings. The default settings are usually fine but make sure you have set the right resolution. There are plenty of settings to choose from, including adding TrackIR, face tracking, setting up your joystick etc. but you can do that later. First you need to familiarise yourself with the game. Might help to look at some of the controls. In addition to the usual WASD stuff, F is the key for interacting with doors and panels, Y key is used to quickly get up from beds, pilot chairs etc. Useful shortcuts!

The first time you load into the Stanton System from the Universe menu, you will get to choose to spawn in one of several major city locations throughout the ‘verse: New Babbage, Area18, Lorville, or Orison. Choose carefully - from then on you will wake up at the last spaceport you flew to that has hab facilities.

You’ll wake up in a hab in the city and planet of your choosing. "Hab" is short for "habitat", which are small apartments for the pilot on the go. Get out of bed by pressing the Y key, and begin moving around using W, A, S, and D.

Your new best friend is the F key, which controls all interaction between you and the world around you – everything from opening a door to getting in your ship, to picking up a burger. While holding F, anything that can be interacted with will be highlighted yellow.  If you are in range to interact, the highlight will turn orange.

Generally, to leave the planet, follow the in-game signs and markers to find your way to the Spaceport - you'll need to navigate the city and take a tram to reach your destination.

When you reach the Spaceport, retrieve your ship on a Vehicle Retrieval Console and make your way to the assigned landing bay/hangar via any of the nearby elevators.

New players still need more time to accept the large world of Star Citizen, there are also some interesting things for you to explore in the process of journey in Star Citizen. If players need some essential items for their ships, you can Buy Star Citizen UEC to select them from the shop, and they will make you live well in the comfortable ship in the game.