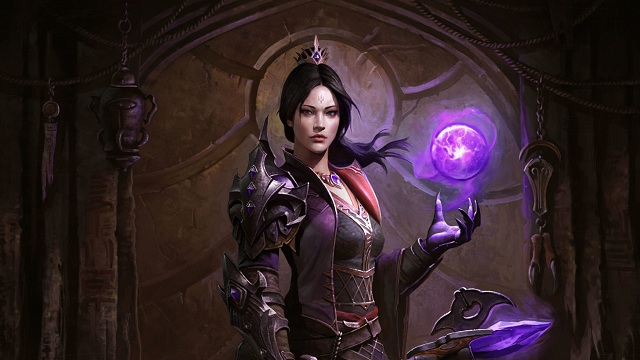 Do you want to build the best Diablo immortal wizard? They can easily take out large numbers of enemies with their spells in the blink of an eye. Mage is a very powerful class if played correctly, or if you have friends who can take damage for you in the dungeon. In this guide, we'll break down the best Diablo Immortal wizard builds, including the skills, gear, gems, and canon points you should be using. If you need to upgrade your gaming gear with Diablo Immortal Platinum, please come to z2u.com for consultation.

To get the most out of Magic Missiles, you'll need to activate the Frost Missile ultimate, which enhances each Frost Fired Magic Missile for 12 seconds. This, in turn, increases the damage enemies take and slows their movement speed.

Blows a gust of wind in a set direction to damage and knock back enemies.

Syldra's fang primary weapon removes the charge ability and adds a cold effect to the attack.

Throws ten lightning balls in all directions, dealing damage to enemies as they move outward and damage to them as they return to their new location.

You can hit a target up to six times, but each hit after the first only deals 30% of the maximum damage.

This skill teleports your character forward from your location, with three charges by default.

This skill is altered by Ryan's Resonant Wisdom, and also deals AoE Lightning damage for a short period of time at the location you teleport to.

This skill can be modified by equipping Frostwalker Leggings, which turns fiery meteors into icy meteors, slowing enemies with the freezing effect.

Intellect: The main attribute of the mage is Intellect, which means that each point of Intellect grants additional damage.

Bloodsoaked Jade (5 stars): Increases all damage you deal by 8% and movement speed by 10%. The damage bonus is proportional to your health.

Seeping Bile (5 stars): Your attacks have a 4% chance to poison an enemy, dealing 25% base damage + 263 every second for 6 seconds. If the victim dies, the poison spreads to nearby enemies.

Fangs of Zealot (2 stars): Dealing damage to an enemy increases all damage it takes from you, stacking up to 10 times.

Cutthroat's Grin (2 stars): Gain damage and critical strike chance when attacking from behind.

Diablo Immortal is available on Android, iOS, and PC if you want to know the best wizard build for you. You can buy Diablo Immortal Gold to upgrade your gear and improve your skills to become stronger.