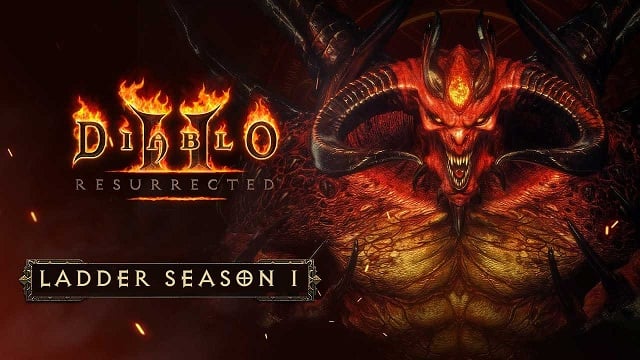 When it comes to Ladder System, it is a popular setting in the Diablo 2. And it has lasted for a long time. Many players are waiting for the same Ladder system in Diablo 2 Resurrected. And this highly anticipated feature for Diablo 2 Resurrected are confirmed by the developer now. To become top players in the Ladder system, you will need D2R Items to select the suitable gear for your character in the game in order to improve their abilities.

Many players are willing to join in this fun competitive game mode in order to look for a new way to play D2R. Players who join in the ladder will have access to create entirely new characters according to D2R’s newest patch 2.4. You can try to climb up to high level in ladder and gain loot exclusive to the ladder. All ladder players will be compared to each other depending on experience earned.

Standard Expansion Ladder: The casual expanded Ladder including The Lord of Destruction expansion, so runs over five acts.

Hardcore Expansion Ladder: The hardcore (only 1 life) expanded Ladder including The Lord of Destruction expansion, so runs over five acts.

Characters made on a specific Ladder can only play with other characters on that same Ladder. At the end of the season, Ladder characters will be converted into non-Ladder characters, and will retain any Ladder-exclusive items equipped or found in that character's inventory. Items stored in the seasonal Ladder stash will have until the start of Ladder Season 3 to be retrieved, lest they be lost forever. Ladder seasons are planned to last around four months.

After the four months is over, your Ladder character will be converted to non-Ladder, allowing you to use the Rune Words and other gear and items you collected during the Ladder season in normal gameplay. You can also continue to play that Ladder character further in non-Ladder games. Any items you leave uncollected after the end of a Ladder Season will be available for you to collect and put in your shared stash until the start of the Season after the one that follows the Season you played — so for a D2R Ladder Season 1 player, you’ll have until the start of Season 3 to get all your items collected and stored. This means all your exclusive Ladder-only items will now be usable outside the Ladder, so be aware and don’t accidentally lose something because you forgot to claim it.

If you choose to take the Ladder path when you join the game, you’ll be capable of earning a whole host of upgraded items and Runewords. Some of these are not available to non-Ladder players, and Blizzard are hoping to implement some never-seen-before Runewords for Ladder players, too.

Each class will experience balance updates to significantly improve the gameplay experience. After listening to players’ thoughts, opinions, and survey answers, a plethora of changes have made their way into the game to improve the viability of each class while retaining the class fantasy of our favorite heroes. These balance adjustments were created with a focus on expanding more skill build variety and adding more viable possibilities with playing each class. The game is built around completing the Acts on each difficulty and so these updates should empower players to play their heroes in the ways they prefer and even improve the effectiveness of lesser-used skills.