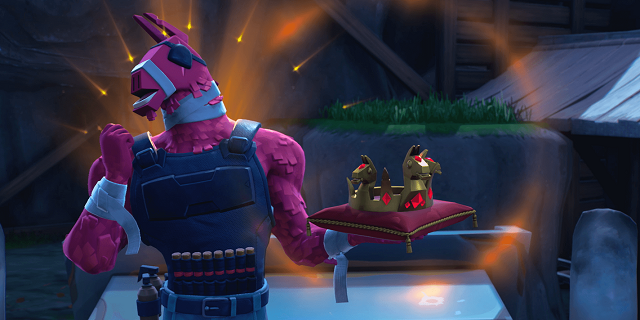 Fortnite always attracts various players to join in the journey because of its uniqueness. There are a lot of changes in the game since Fortnite's latest update. For example, new content, maps, and special mechanics. Fortnite also have access to introduce different characters from some famous franchises like Marvel, DC and others. Recently, with the release of Fortnite Chapter 3, players will find a variety of changes in the latest version. Meanwhile, it is a good idea for players to buy Cheap Fortnite V-BUCKS in the game in order to get more unique clothes and items for your character.

Fortnite Chapter 3 has actually flipped the Battle Royale Island, introducing a new map as well as new mechanics like sliding. Players can even move around the map like Spider-Man. Actually, the game has added a new character as the wall-crawler as well as Dwayne "The Rock" Johnson who is recognized as the mysterious character Foundation.

Most players are eager about the special addition of the Victory Crown in Fortnite Chapter 3, they will be awarded to competitive players in the game. So, players want to know some guidance about how to get Victory Crown.

When playing matches in Season 3, players may see some characters wearing golden llama crowns when they go around the island. It is the latest Victory Crown item for players who have got high rank in the matches. Players can show off their Crown during matches, and it will provide some bonus perks for players in turn.

Ways to Get a Victory Crown

During playing matches in Fortnite Chapter 3, Fortnite will rewards players who are capable of winning matches. You can get a Victory Crown when you win matches in any modes. There are some exact information about different game modes in Fortnite.

There are four players who can get crowns in the final in Solos Mode.

There are players who can get crowns in the top two teams in Duos Mode.

There are players who can get crowns in the top team in Trios Mode.

There are players who can get crowns in the top team in Squads Mode.

In the end, players who meet the criteria can get the Victory Crown in the matches. The Crown will be equipped automatically when the next matches start.

The Main Benefits and Perks of Victory Crown

Although players wearing the crown are eager to show off in the matches, it is also have some benefits and perks for players. So, some players are willing to loot one during matches. Players' name will be highlighted in gold, and they will be awarded with extra XP when defeating other players in the matches.

Additionally, Players who winning a match with a crown can be recognized as a Crowned Victory and they have access to have a free emote that shows the number of crowned victories the player has obtained while playing Fortnite.

Players who are eager to join in the world of Fortnite Chapter 3 can BUY Fortnite V-BUCKS in order to purchase unique items for your characters. You can find cheap prices about Fortnite V-BUCKS on z2u.com.