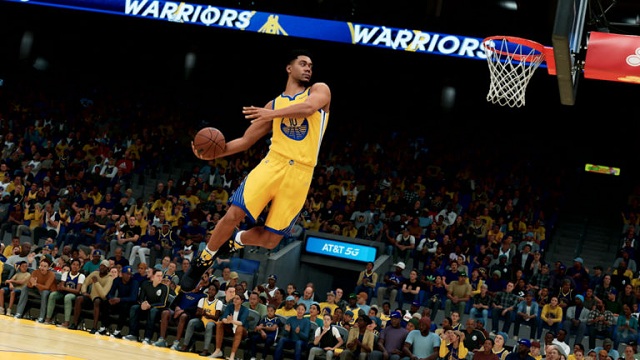 In NBA 2K22, players can experience a variety of activities though the long process of the game, such as completing side activities, managing their unique careers, and creating their unique character. There are many latest mechanics and features that has been improved in this new series of NBA 2K. Players have more new areas to explore and visit in the whole game. They can roam in the city or have a travel on a luxury cruise ship in NBA 2K22. Meanwhile, players can also choose to buy 2K22 MT to purchase best players from the Auction House for other interesting modes.

Due to the updates and changes of the new series, players will have a fresh experience and try to accomplish lots of assorted activities. They have access to earn NBA 2K22’s latest badges. However, players may not know all the new features when the release of new NBA 2K series, they need to look for chances to develop their character’s story in MyCareer mode.

Except for obtaining MVP points to live in the penthouse, MyCareer Mode also makes players have the choices to request to be traded to other teams. But, it is not as simple as putting players into the request. The trading is set up in the process of the story of MyCareer mode. Player must hold on a specific cutscene with their manager to start the trading process. Players should complete the first 10 matches in the game as the character comes as a beginner. When starting the trading process, players also need to take some steps to choose which team to join in and complete the trade.

How to Request a Trade for Players in NBA 2K22

When it comes to requesting a trade in NBA 2K22, it is different from the former games. In order to start the trading process, players should take measures to make their character become a beginner. Which means that you should completing 10 matches in the team that has drafted you from the meeting. When you have achieved the requirements, there will be a cutscene triggers where players can talk with their GM to discuss the process of trading to another team. It may take some time to complete the whole process of discussion. Players need to finish some various actions and dialogue options in the process of discussion in order to accomplish the trade quickly.

Next, the Kendrick Perkins will post a video that discussing trade rumors and bad words towards the performance of players. After watching this video, Ricky will ask players whether confirm the rumor or not. If players choose to confirm it, they will have chances to find a new team to start a new journey. To continue the trade quest, they have to play the next match to trigger a cutscene where the player may have a bad interaction with their teammates who have known the trading rumors. If you want to simplify the process from the interaction with teammates, you can simulate the games to step over extra steps.

As the agent says, players will have access to select their top three picks for the trade. The character will receive an offer from their first pick, it is a good idea for players to select a team with high-rated players that improve the ability of character. If character shows aggressive about the trade,you can accelerate the process of trade. Then, players will get a message that allow the character to talk with the GM and know the news, next talk to Ricky to learn about a TV interview. Kendrick Perkins will say more information about the player. Finally, there will be the last agent meeting, and players will be told that the trade in done. They have been traded to a new team.

Players will try to experience different teams by the Trading Request, and cooperate the famous players from various teams. However, it is important to improve your character in the game. You can BUY NBA 2K22 MT to search for the necessary items for your character. You can find cheap prices of NBA 2K22 MT on z2u.com.