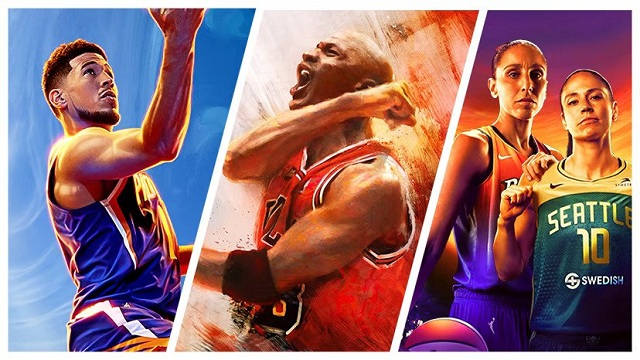 With the news announced by EA Sports, we have known that NBA 2K23 will be released at September 9, 2022. There will different editions of NBA 2K23 for players to choose. So, if you are wondering what’s the bonuses of different editions and how to choose the suitable edition for yourself, you can read this article to learn from the guidance. Players can use NBA 2K23 MT Coins to select the best player cards for their dream team in NBA 2K23.

The Available Platforms For NBA 2K23

NBA 2K23 will hit the stores on September 9, 2022. A total of five editions of the game will be available on PS4, PS5, Xbox One, Xbox Series X|S, Nintendo Switch, and PC.

A Boost for each MyCAREER Skill type

A Boost for each Gatorade Boost type

The WNBA edition is similar to the standard edition, although it comes with the following digital content:

1 Sue Bird Jersey in The W and in MyCAREER

1 Diana Taurasi Jersey in The W and in MyCAREER

The NBA 2K23 Digital Deluxe Editon Pre-Orders are now live on the PlayStation Store and the Microsoft Store.

If you really need a jumpstart to your virtual NBA career, the Michael Jordan Edition comes with even more digital content than the Digital Deluxe Edition.

Receive 10 when you first launch the game plus an Amethyst topper pack, then receive 2 per week for 6 weeks.

10 Boosts for each Gatorade Boost type

The brand new Championship Edition costs a whopping $150 but includes a 12-month subscription to the NBA League Pass. It also comes with a 10% XP Boost on MyTEAM Season Progression, 10% XP Boost on MyCAREER Season Progression and an exclusive Michael Jordan-themed Go-Cart. You’ll also get 100K Virtual Currency and all of the content included in the Michael Jordan Edition. This will be available in limited quantities.

The advice of choosing the editions of NBA 2K23

If you are willing to make good progress in the beginning of MyTeam Mode in NBA 2K23, you can pre-order NBA 2K23 Championship Edition in advance, because the bonuses of this edition will help you build a good team with powerful players at first. On the other hand, if you only want to experience the latest version of NBA 2K23, the standard edition of NBA 2K23 is the best choice for you, you just play this game for fun in your spare time and enjoy yourself in the matches by controlling your favorite players in the game.

There are a lot of information about the bonuses of each edition of NBA 2K23. You can read it carefully before you decide to pre-order NBA 2K23. And if you want to get good player cards for your team, you need Buy NBA 2K23 MT to purchase them from the transfer market in time.