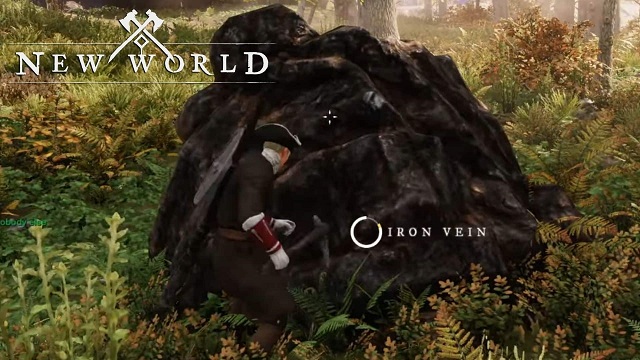 Players know that Iron Ore is an important crafting material in New World. There are a lot of different materials and with an amazing crafting systems for players in the game. It is essential for players to master the way to find various resources in the Aeternum.

When it comes to Iron Ore, it has a large amount of output in New World. Then, you should know where to find them. There are the best locations to mine this material, with many nodes in the same area. And you should learn some tips about how to accelerate the process of Iron mining. Meanwhile, players can buy New World Gold to purchase some essential items for preparation of the exploration in New World.

The Best Locations to Mine Iron Ore in New World

There are a lot of Iron Ore in Highlands regions. Players can look the marks on the map. They are displayed on the left bar. When players are going to look for areas of raised ground, they may hidden in the mountainous areas or even covered in trees. The marks on the map are light brownish and speckled in color as you are searching for the map.

There are the best locations for players to find Iron Ore in New World. You can mark them on your map in order to mine them for several times.

There are some good areas where you are able to mine Iron Ore around Everfall, like the north and the east of the settlement. You can mark these spot on your map.

You may meet Level 6 Beasts in the Midnight Den which is in the east of Everfall. You can find some Ores in the cave, such as Iron, Gold and Silver. You can have a try on this adventure.

Players can find some exposed Iron nodes in the Meadow Lake Fishery. However, there are high-level Lost Mobs hidden in these nodes. Players should beat them at first in order to mine Iron Ore.

Players are able to mine Iron Ore in the Canary Mine, both inside the cave and outside cliffy outskirts. Level 15 corrupted mobs are living in this area.

One spot in the northeast of the Nyhart’s Anchorage wreck is easy to mine Iron Ore. Because there are several nodes away from the mob area.

A lot of Iron Ore nodes are located in the Graymane Burrow, however, you should deal with the Level 14 Beasts living in this area.

Players can look for these areas, such as the south of Monarch’s Bluff, the northeastern corner of Cutlass Keys Town, and the Brigand Bastion. Players may counter the Lost spawn zone of Level 24 mobs in the exploration of mining Iron Ore.

The Way to Use Iron in New World

Players can use Iron Ore to craft Bars which can be used to build various weapons and armors. You can go to smelting stations at large settlements, and different factions can upgrade their smelting capabilities through accomplishing a variety of Town Projects.

Players have the ability of mining Iron Ore in the beginning of New World. And Iron Ore veins can respwan with a short time, so you can find a good way to mine a lot of Iron Ore.

Players are willing to look for these areas in New World in order to gather more Iron for their crafting materials. If players want to craft high level weapons and armor in the game, they may spend more time on searching for various materials and crafting. Moreover, players can BUY New World Coins to purchase some rare materials from the market. They can save their time on gathering and craft the weapons and armor as soon as possible. Cheap New World Coins are sale on z2u.com.