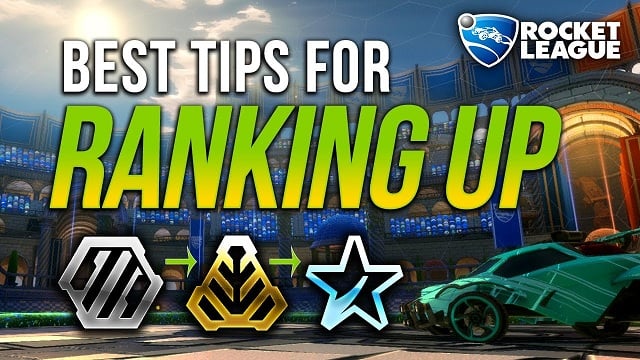 Rocket League Season 8 has been updated in September, players have chances to climb up the rank tier again in new season. While, it is not easy for players to reach the high rank in the game. If you want to know how to rank up fast in Rocket League Season 8, you can read this article and learn from some useful tips. Players can use Cheap Rocket League Credits to buy their desired and powerful cars for matching in the game.

Play to Your Strengths

First off, you need to play to your strengths and fixate on a playlist that suits you. Some players work best in one-on-one solo matches, others as part of a team. Perhaps you’re best in a defensive position as part of a 3v3 lineup on Standard. Others may get on like a house on fire with a partner in Duos. Lone wolves who are good at both defence and offence might want to focus on Solo Duel or even Solo Standard if you’re prepared to be matched up with random players.

The reason why step number one is finding teammates is that the fastest way to instantly rank up is to just stop solo queueing. When you find a teammate, you can expect to shoot up anywhere from 50 to 150 MMR literally by just not double committing and having all these communication errors. The problem is when you solo queue, you remove all the potential teamwork and potential passing you could be doing. You get into a lot of situations where it's not even like a mechanical issue or a game sense issue. It's just an issue of not knowing who should go for the ball. If you want the easiest way to rank up and you don't even want to change anything about your gameplay, just find a teammate at your rank.

The best way to do it would be to join a server specifically related to improvement. Just joining a discord server and finding teammates, you can rank up one-two even three full ranks.

Dribble Using the Top of the Car

Flicks from this spot become the best way to generate power on the ball while keeping full control. Most people who have played 1v1 will get familiar with this, but that’s a great place to practice dribbling in game situations. Still, it also has plenty of utility in 2v2 and 3v3 too.

Complete the Weekly and Season Challenges

Aside from the weekly bonus EXP you can gain, a bigger pool of points is available when you finish the weekly challenge rewards. These are only three per week but can give you 10,000 to 15,000 EXP. Season challenges are also present where you can get 10,000 to 20,000 EXP, though again, it’s every season and not as frequent as the weekly one.

Also, more rewards can be notched by Rocket Pass Premium holders since they can accomplish up to six challenges per week, doubling up the EXP they can get. But remember, this is not a pay-to-win game. There are just some perks that, you know, are being given to someone who would spend more in the game. But it won’t completely destroy the overall competitive side of things.

If you want to rank up fast in Rocket League Season 8, you can experiment these tips in the matches or find other good ways. In the process of ranking, you need have to level up your car timely. You can Buy Rocket League Credits to purchase good equipment for upgrading your car quickly, which help you defeat more opponents in the game.