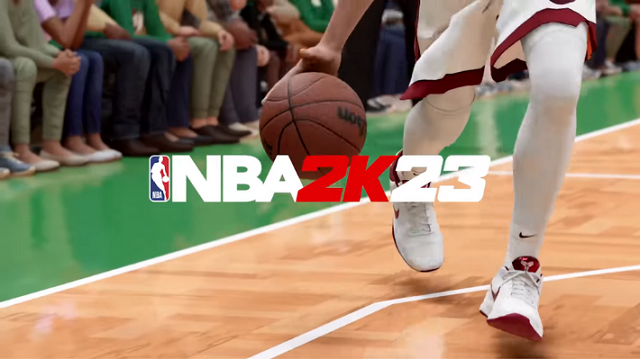 Many players are excited about the coming release of NBA 2K23, and they are also eager to join in matches in MyTeam mode. They can choose players of different positions and build a good team. While, some players are wondering how to choose the players of Point Guards in NBA 2K23. This article will tell you how to select the best Point Guards for your team. Players can use Cheap NBA 2K23 MT to buy their desired players from the transfer market and build the best team in NBA 2K23 MyTeam.

Entering the 2021 season there were questions as to whether fans had seen the prime of Stephen Curry's career in a Golden State uniform. By year's end, the all-time great shooter reaffirmed his place in the NBA record books. Not only did he bring his city another championship, but he finally grabbed the Finals MVP trophy that eluded him all these years.

One could argue that a 96 overall feels low for Curry, but it still lands him at the top spot among point guards, so in context, it's more than fitting. Also, anyone using him in the game knows that he's a literal cheat code that can bail players out of tough spots with Curry's ridiculous shooting ability.

In only four years in the league, Luka Doncic is already being talked about as one of the NBA’s best. The boy wonder out of Slovenia, Doncic immediately began leaving his impression on the NBA, averaging at least 21 points per game since his rookie season. Last year, Doncic reached new heights by upsetting the top-seeded Phoenix Suns and made his first Western Conference Finals appearance.

The only flaw in Doncic’s game might be that he gets tired, which isn’t necessarily a flaw for him but for the human species. The 23-year-old scores with high efficiency from beyond the arc (A+), mid-range (A), and inside (A+) while also having a solid rating in perimeter defense (B+). At the height of 6’7, Doncic is a bigger-sized point guard who can dominate other smaller players, almost always creating a mismatch at his position. It won’t be long until Doncic becomes the best player in the game.

Ja Morant is one of the most exciting players to watch in the NBA right now, he also carries one of the better MyTeam cards in NBA 2K23. His evolution starter card offers a major upgrade at the point guard position and won’t cost you a dime in MT. In fact, all you need to do is choose it from the three options you’re given at the start of your MyTeam journey. He’s quick up the court and can shoot from anywhere on the floor. This card can also be upgraded from level 80 to 88, making this an incredible investment early in the game.

Year after year, Paul orchestrates some of the best offenses in the league, yet, the future Hall of Fame guard has never won a championship. But even if Paul fails to notch that box of his career, he’ll go down as one of the best to play the game.

For the first time since 2015, Paul averaged double-digit assists per game, leading the league in that category. Naturally, Paul is a tremendous playmaker (A+), trying to slash his way through the defense by using numerous picks and rolls. He’s a master at the mid-range (A+) and is still sneakily good at defending the perimeter (A+).

We have listed some best Point Guards player in this article, and you can choose them to take the PG role of your team. And they will help you a lot in attacking on the field. On the other hand, you can Buy NBA 2K23 MT to get them from the transfer market. They are so popular that you have to pay much MT Coins for them in NBA 2K23.