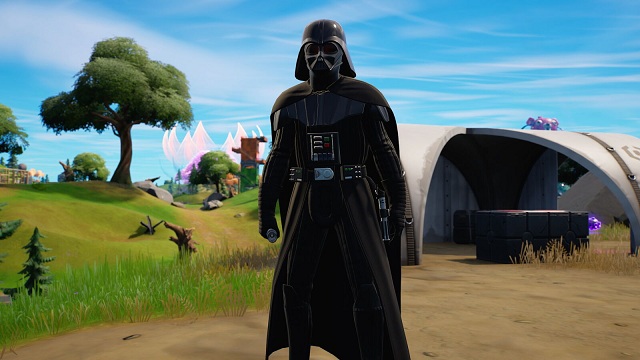 Wondering where to buy Star Wars weapons in Fortnite? Fortnite currently has two weapons from the Star Wars franchise: the E-11 Blaster Rifle and Darth Vader's lightsaber. Star Wars' futuristic energy weapons aren't entirely new to Fortnite, but there are some new additions to the Chapter 3 Season 3 arsenal. Let's see where to find all the Star Wars weapons in Fortnite. Players can purchase a cheap Fortnite accounts to help you experience the Mancake skin early in the game.

The Star Wars weapons players can find in Chapter 3 Season 3 are the E-11 Blaster and Darth Vader's mythical lightsaber. The former is easy to obtain, while the latter requires some work.

Here are all the confirmed stormtrooper outposts on the island and where Darth Vader's ship might land:

To get the mythical lightsaber, Fortnite players will have to destroy Darth Vader themselves. Compared to arguably the greatest movie villain fight of all time, taking down the stormtroopers and getting an E-11 blaster is a walk in the park.

How to Beat Darth Vader in Fortnite Chapter 3 Season 3

Ironically, the use of the E-11 Blasters Darth Vader's security forces was probably the best way to take him down. Players can drop to Vader's location, take one from the supply crate, and start fighting him.

Darth Vader is able to throw his lightsaber, reflect bullets shot at him, jump great distances, use the force to pull players closer to him in order to knock them down and throw objects at them.

Here are some tips to help eliminate the Dark Jedi and get his lightsaber:

Once Darth Vader is defeated, he will drop his mythical lightsaber for a player to pick up. This weapon will allow Fortnite players to tactically dodge and deflect bullets, throw them as projectiles, or slice and dice opponents on their way to Victory Royale.

Fortnite Chapter 3 Season 3: Vibin' is heavily influenced by Star Wars. With that in mind, it's crucial that you know where to find all of the Star Wars weapons in Fortnite. If you need more cheap Fortnite V-BUCKS to experience the game better, welcome to z2u.com for consultation.