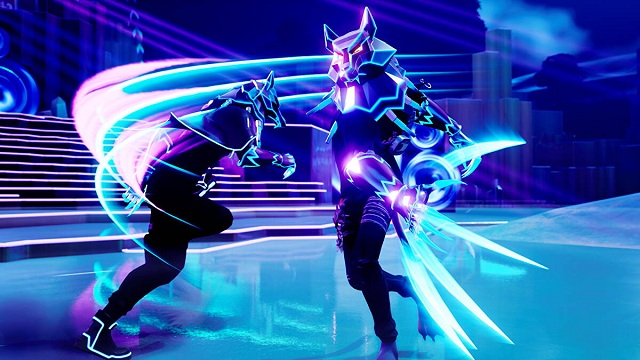 As the coming of Halloween in 2022, Fortnite has officially kicked off its Fornitemares 2022 event. Players can experience the feeling of Halloween in advance in Fortnitemares. Meanwhile, it also brings a lot of new contents to the game. The greatest item in Fortnite, the powerful new Howler Claws. Many players are curious about this new item and willing to get it in the game. Players can get Cheap Fortnite V-BUCKS to unlock more good cosmetics for characters in Fortnite.

What’s the Howler Claws in Fortnite?

The Howler Claws are a brand new Mythic item that can only be acquired through performing a certain action during Fortnite's Fortnitemares event. When equipped, players can make use of three different abilities:

How to Get Howler Claws in Fortnite

One of the biggest additions that has come to the island as part of Fortnitemares 2022 is undoubtedly the powerful new Howler Claws. But rather than finding them in Chests, players are required to complete a ritual, which is thankfully easier than it sounds. In order for Fortnite players to get Howler Claws, they must find an Alteration Altar, where they will be given the option to perform the Ritual Emote, granting them the supernatural item.

Where to Find the Alteration Altar

If you want the Howler Claws, you’ll want to locate an Alteration Altar on the map. They can be found in 7 locations on the island. These are:

The Reality Tree (three of them)

All that is left now is to perform the Ritual Emote. You will not have the emote available by default, but once you reach and alter you will be given the option to use it. Once the ritual is complete, you'll be given the Howler Claws, which can be added to your inventory. Players who possess the Howler Claws will wear a wolf mask, and their claws are visible when equipped.

How to Use the Howler Claws in Fortnite

Wolfscent is an extremely powerful ability, and the first set of Fortnitemares quests requires you to get kills with it active. First, it needs to charge up, which you can track with a bar on the left side of your screen that slowly fills up, once it’s full, a button prompt will appear next to the bar. When you activate it, it’ll let you track nearby opponents with violet scent effects. It doesn’t last forever though, so make sure you only activate it when you’re about to get into a fight in order to complete the challenge.

The weapon also comes with some powerful attacks. The regular Slash ability is a powerful four-hit melee combo that does loads of damage. The Air Slash is done by attacking in the air, it acts as a small double jump, making it great for movement, but it also does damage to anyone nearby when you land too.

If players expect to get the Howler Claws quickly in Fortnite, you can follow the guidance and find the Alteration Altar soon. When you defeat players by using the powerful weapon, you will feel so excited in the match. And if you want to get other Halloween items in the game, you can Buy Fortnite V-BUCKS to purchase them in the game shop. Some of items are so beautiful to wear for your characters.