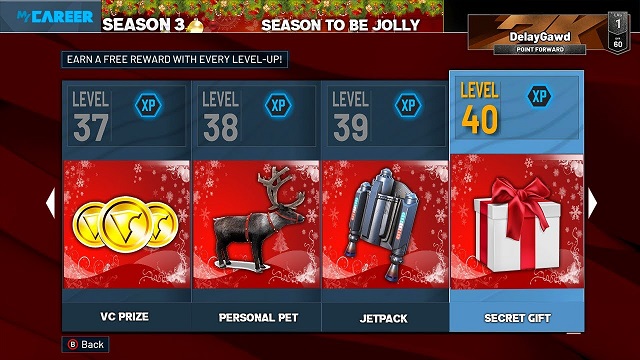 This is a good time for 2K players-because the third season of NBA 2K22 is coming, it will bring a lot of new myteam and city events! In a few days, the second season of NBA 2K22 will end, which is incredible Season, but we are very happy to move on.

NBA 2K22 has not announced the official start date, but judging from the end of the second season, we predict that the third season of NBA 2K22 will start on December 1. The first important news about the NBA 2K22 season will be on the 5th day of the 2K season-this will give us some news on November 25th. Whether this will dig into all the new content of the third season, or just give us a release date, remains to be seen. The reveal of the upcoming third season of course is not all you expect in the NBA 2K22 MyTEAM 2K festival, however, so be sure to check it out! As for the end date of the third season of "NBA 2K22", from our forecast in December Starting on the 1st, the usual 6-week window will end on January 5th.

What's the theme for Season 3?

Of course, we are still waiting for the theme of the third season of NBA 2K22 to be announced, but we noticed that the second season has both Halloween and Thanksgiving themes. This lets us know that in order to be consistent with the holiday season, there may be something related to Christmas in the third season of NBA 2K22. Last season Michael Jordan was the focal point in Build Your Empire. For NBA 2K22 Season 3, we believe the focus will be taken off of MyTEAM and put on The City, with Christmas-themed courts and new events and some MyPLAYER goodies along the way.

One of the best parts of every NBA 2K22 season is that we have a large number of locker codes to use every time. This season we have seen more locker codes in my team than ever before! Currently, there are many different locker codes available, but our favorite is the diamond option package, which comes through the 2K section. Locker code: "MyTEAM-DIAMOND-OPTION-PACK" is the option you will enter. Choose from two diamond shoe colors, two diamond shoe boosts, or one diamond contract. Please be sure to enter the NBA 2K22 locker code as soon as possible. The code will expire on November 28, 2021.

Given that season 2 is running out of time, we can expect an announcement soon. We will inform you as soon as an official announcement is made. By the way, if you are lacking of NBA 2K22 MTmyteam coins and points, Z2U.com is the best place to get some!