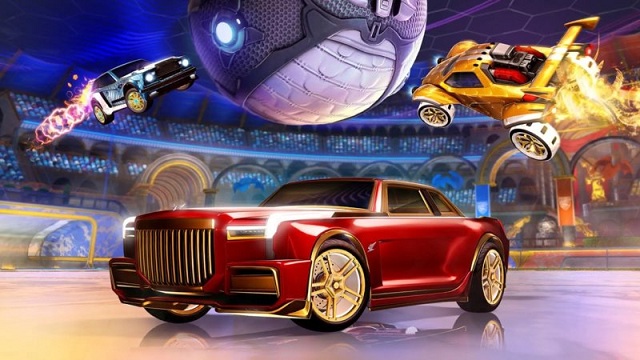 Custom Training is being overhauled with Rocket League Season 7 and gets some innovations that the community has been waiting for a long time. The menu as well as the user interface should definitely look a bit cleaner.

However, these are obviously not the most important changes. Training packages and training progress are going to work differently with the launch of Rocket League Season 7. There are also changes to the way shot navigation works – PC players in particular are crying with joy right now.

Rocket League’s Utopia Coliseum Arena is getting a brand-new look, and it sure is shiny. The new Arena features several golden statues of Rocket League vehicles, along with several other gilded accents that are quite pleasing to the eyes. Just try not to get distracted by those sparkly new surroundings while you’re in a match.

The Developer has revealed some very interesting things about the season 7 Rocket Pass.

The Maestro with its Dominus Hitbox is of course the coolest thing of the Rocket Pass. The car looks insanely cool and really shows off the luxury theme for season 7.

In season 7, Psyonix is introducing Golden Goods, which is just another fancy term for rewards. Golden Goods is just the overall term though, the actual rewards are called Golden Painted Items.

They can only be found in Rocket Pass Pro Tiers (you need to reach Tier 70) and are pretty rare. They go all the way up to Tier 150, so be prepared to grind if you want to get those sweet Golden Painted Items.

Got Next Player Banner

Players will be impressed about the new changes of Rocket League Season 7 after release, and they can experience new items and cars in the latest season. While if you want to climb high ranks in the new season, you need Buy Rocket League Credits to upgrade your cars timely in order to score more goals on the court. It is good for you to level up your cars with the help of Credits in the game.