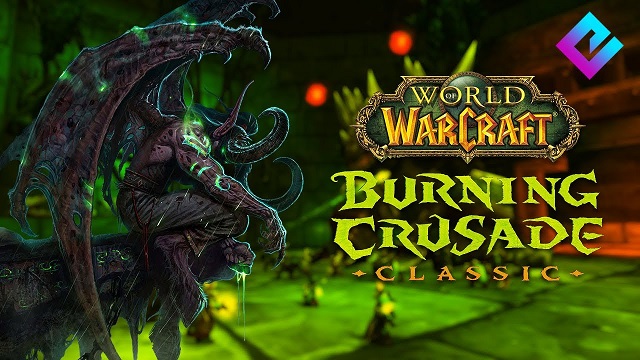 The wait for the World of Warcraft Classic’s Burning Crusade beta is over, which began on March 23, 2021. In this beta, Blizzard Entertainment has invited opt-in beta testers to check out the upcoming Classic expansion and want they give the feedback! Following are the details!

Blizzard set tongues wagging in the World of Warcraft community last night after WoW Classic’s Burning Crusade beta popped up for download on the Battle.net client. Unfortunately, it was down to a bug and was not the surprise launch some had hoped for. Yet it appears that fans won’t have too much longer to wait, as account flagging for the beta has now gotten underway.

The post by Blizzard community manager Josh Allen also said that having the option on your account yesterday was not indicative of whether you’d ultimately get beta access.

It’s unclear if any people who seemingly got access to the beta yesterday didn’t end up with it once the servers went live today. But some players who didn’t see the TBC beta as an option on their Battle.net client yesterday have been able to get into the beta servers.

Players selected to participate in the beta test will receive an email invitation directing them to download the beta client directly from the Battle.net desktop app. As always, please be aware of phishing attempts—if you’re unsure whether your invitation is legitimate, please log in to your Battle.net account to verify that there is a Burning Crusade Classic beta license attached (under Your Game Accounts).

If you’ve been selected to participate in the beta test, your Battle.net account will already be flagged for access.

·Make sure your graphics drivers are up to date.

·Run the Battle.net desktop app—it may need to update itself if you haven’t run it recently.

·Once Battle.net is installed and updated, select World of Warcraft from the list of games.

·In the Game Version drop-down menu above the Play button, choose the Burning Crusade (listed under In Development), then click Install.

·Allow installation to complete, click Play and select any of the available Test Servers.

·Create a new test character or copy over a character from your live WoW Classic account using the Copy Character button.

Now that World of Warcraft Classic The Burning Crusade has opened a beta, the release date of TBC will not far away. Prepare yourself with some discount WOW Classic Gold, our WOW Classic Gold Prices are 30% off than our rivals! Shop now!