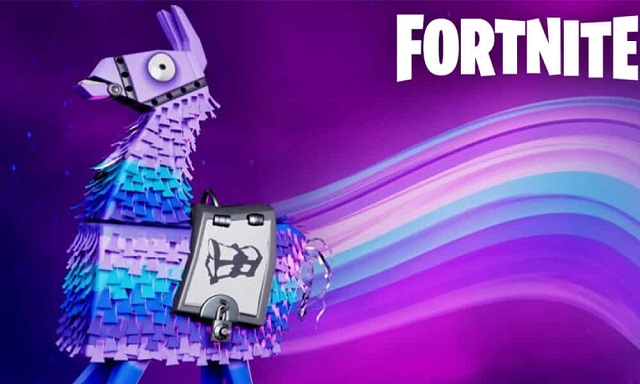 In Fortnite Chapter 3 Season 4, players are going to complete different kinds of quests. One of these quests is that demanding players to deal damage to Supply Llamas in Fortnite. Although its instruction is straightforward for us to understand, it is not easy to complete. Due to the rarity of Supply Llamas, it is difficult for players to find its location. In order to track down a Supply Llama in Fortnite, you can read this article for the guidance of completing Supply Llamas quest. Players can get Cheap Fortnite V-BUCKS to purchase latest skins for decorating characters in Fortnite.

What are Supply Llamas in Fortnite?

Supply Llamas have changed since their introduction in season 3 as mere containers for loot. They now make noises to alert players to their position, and run when players are near. Ammo, materials and healing items are dropped as they run about, and if a player deals enough damage they can explode safely and leave amazing loot behind.

Supply Llamas have 1500 HP, so dealing damage to them enough to make them drop everything they hold can take some effort. If you do not destroy them in time they will eventually disappear, leaving a rift behind.

Where to Find Supply Llamas in Fortnite

It is recommended that players that are hunting for Supply Llamas use tools that will allow them to search from high above the ground. The large balloons that are connected to many of the buildings near the center and on the south side of Fortnite's map are perhaps the best options, and fans should plan to land on one of them at the start of their matches.

After landing on a balloon, players should use it to launch themselves into the air, and then deploy their gliders and move in the direction of a second balloon. While fans are traveling to this next inflatable, they should carefully survey the ground below them, keeping an eye out for any purple Supply Llamas. If a player does not see one of Fortnite's Supply Llamas during this flight, they should land on the second balloon and repeat this process until they ultimately find one of these loot sources.

How to Deal Damage to Supply Llamas in Fortnite

As we mentioned earlier, the Fortnite llamas are now alive and will actively try to run away from you when you approach, dropping ammo and shield potions as it trots along. If you shoot them enough times you can temporarily stun them, and as with other players (and animals) in the game, headshots deal more damage so these can help you to bring down the bright purple creatures faster.

If you manage to get close enough while a Fortnite llama is stunned, you can quickly build walls around it to fence it in, which will make dealing the remaining damage required to eliminate it much easier. Destroy the llama and 500 of each material will be yours, along with a decent selection of ammo and items too.

This quest is a pain because it’s uncommon to come across Supply Llamas. These are the large llama piñatas that contain rare loot. They spawn randomly around the map and when you get close, they begin running away. We recommend using a Grapple Glove to zip around the map, making it easier to spot them. We also advise having a long-range weapon of some kind, such as an Assault Rifle. You can actually deal all 500 damage to just one Supply Llama, so try and keep up with it as it runs away. If it disappears before you can deal 500 damage, you can pick up where you left off in a separate match.

In the process of finding Supply Llamas in Fortnite, players need keep patient and stay focused on the map. You should make right decisions when you meet a Supply Llama casually. As you complete the quest, you will get good rewards in turn. You can Buy Fortnite V-BUCKS to unlock more good skins or cosmetics for characters in Fortnite.